Redesign of the site, search of Muhurta by events, Panchanga for a month, Transits for a year 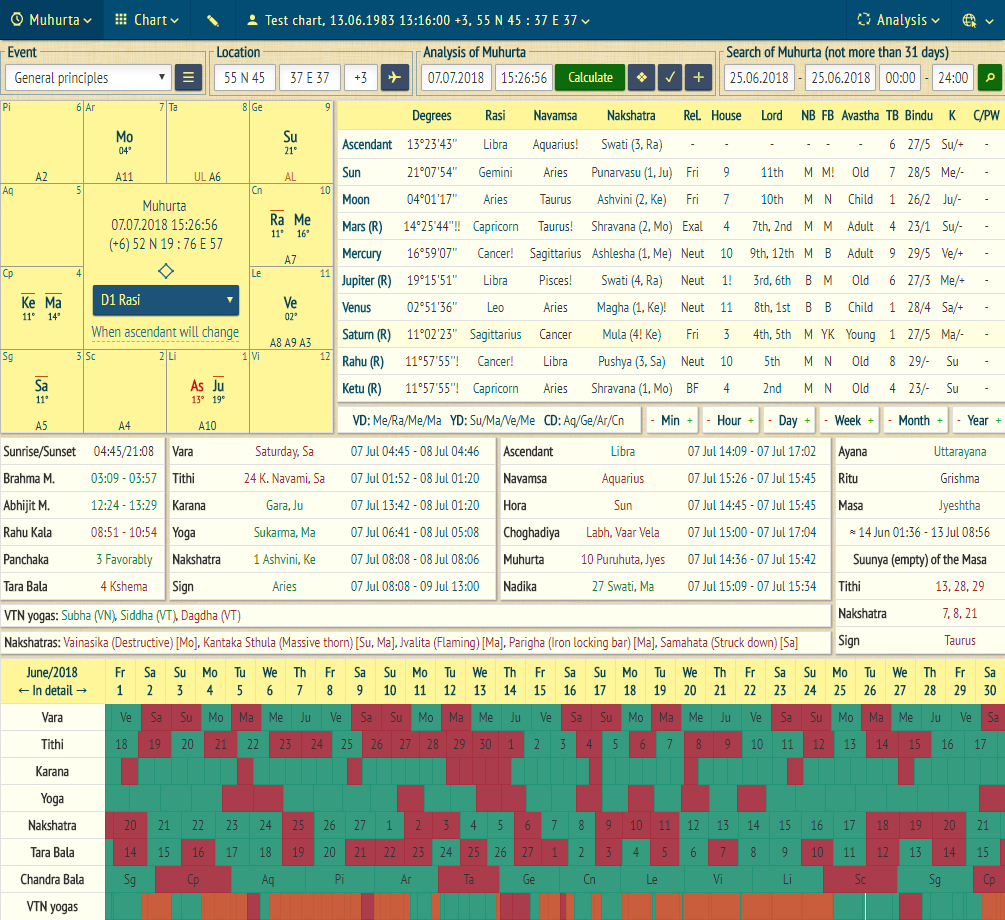 The "Structure" section is combined with the "Charts" section. Adding sections, as well as adding, moving and importing charts have been moved to the menu panel. Data is loaded now much faster, all actions on sections and charts occur without reloading the page. Now the storage structure for sections and charts resembles how it is arranged on the computer, first there are sections, and then charts, for each of which you can now specify the type (Jataka, Prashna, Muhurta or Mundane). In addition, you can display all the charts at once, and not only from the selected section, by selecting "All charts"

The "Ashtamamsa", "Sarpa Drekkana" and "Visha Navamsa" items was added to the "Research" section to the "Other" category